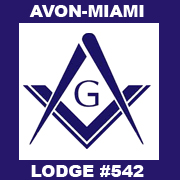 How do I join?

Don’t feel bad if you’ve never been asked to join a Masonic Lodge. After all, we don’t invite men to become members. Why? Because it’s essential that each man who is interested in petitioning a Masonic Lodge for membership does so of his own free will. If you wish to learn more about Freemasonry or request a petition for membership in the world’s greatest fraternal order, the first step is to ask a man who is already a member. Simple enough, right? It is entirely up to you to decide whether, or when, the time is right to join. If you have questions, please contact … [ Read More ]

We hold all of our stated meetings on the second Wednesday of the month. All special meetings are held on Wednesdays. Lodge opens at 7:00 p.m. We conduct business from September through June. We take July and August off.